For this meeting we will have a discussion about the recent evolution of the America’s Cup. John Perry will introduce

Our ISP have upgraded our server; you now need to use TLS1.2 if you have it.  NOTE: Windows7 computers do

END_OF_DOCUMENT_TOKEN_TO_BE_REPLACED 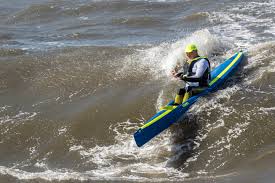 This project has been undertaken with the aim of finding a method by which the length of a surfski kayak can be optimised in terms or having least possible resistance. Surf ski kayaking is a highly competitive international discipline that takes place on open ocean, it differs from other forms of kayaking because of the lack of regulations regarding the length of the boats. An aim of this work was to determine if the boats on the market today are fully optimised in terms of having a length with least resistance. Through use of software that incorporates thin ship theory as well as skin friction data from ITTC ’57 it was possible to calculate the wave making and frictional resistances for a series of lengths of Wigley hull forms with constant displacement and beam. This allowed a total resistance to be calculated for each length which in turn leads to an apparent ‘optimum’ length. In terms of boats currently available, it appears from the results that they have indeed been optimised effectively however only for a small weight range of user. A conclusion of this work is that there may well be scope for manufacturers to produce boats better suited for other weight ranges of kayaker or paddler as they are more often known.

END_OF_DOCUMENT_TOKEN_TO_BE_REPLACED 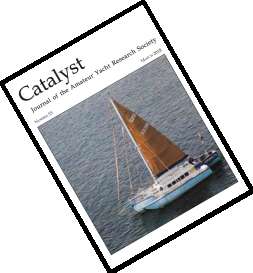 In the Forum at https://www.ayrs.org/phpbb/viewtopic.php?f=37&p=2559  If you’re not already registered on the Forum you will need to register and be